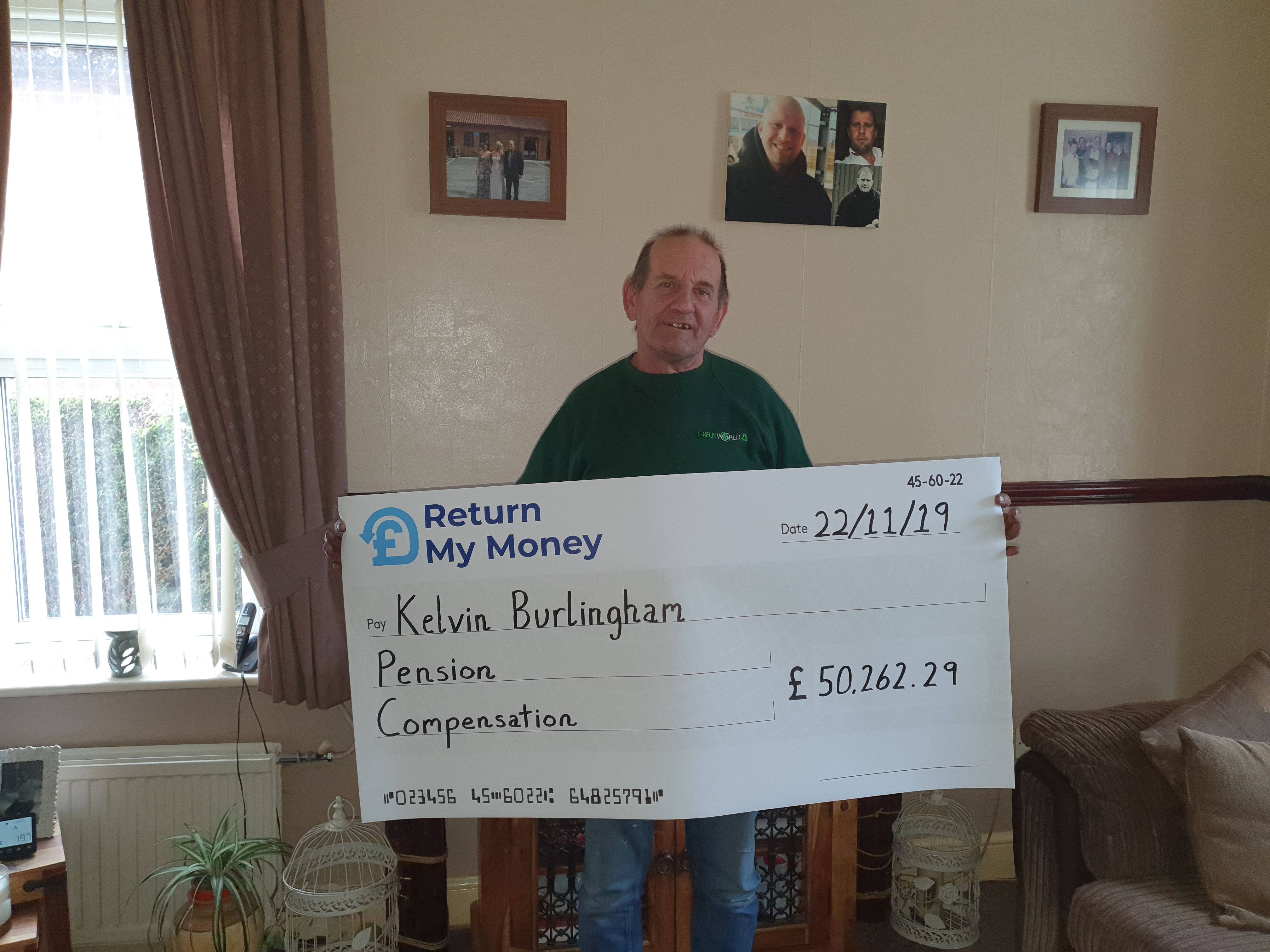 Mr. Burlingham transferred his NFU Mutual pension after he was contacted by cold call and passed to Henderson Carter Associates, who stated that his pension was frozen and underperforming.

Henderson Carter Associates recommended that Mr. Burlingham move his pension to a Guinness Mahon SIPP to invest in the AIGO Fund.

Financial Page Limited financial advisor then took over from Henderson Carter Associates and continued the investment in The AIGO Fund, which is now valued at zero.

Therefore Mr. Burlingham had lost his entire pension, however after contacting Return My Money, we were able to claim back £50,262.29 of the lost pension.

If you feel you may have been mis-sold a SIPP or were advised to transfer your Final Salary Pension, contact us today on 0800 061 4585